Combining eighteen months of generally good feed-growing conditions with a reduction in export demand has seen some ‘headwinds’ for oaten hay prices of late.

When we calculate gross margins for several Wimmera crop options this year and use $150/t as the farmgate price for oaten hay, we see that hay is indeed our lowest returner at $245/ha. 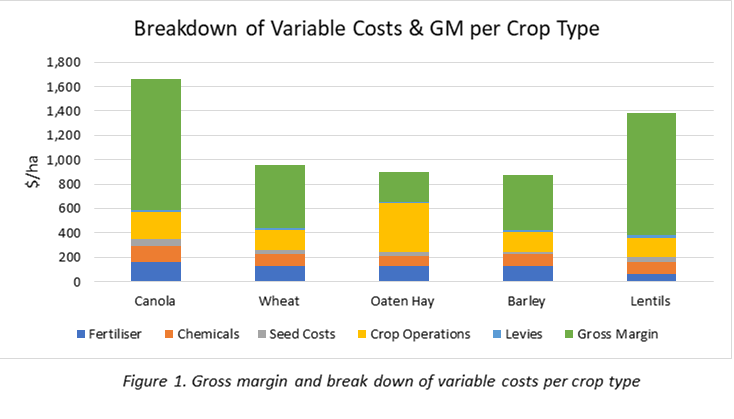 Hay in the rotation provides a very effective non-herbicide mechanism of weed control. Without it, growers often need to rely on alternate forms of weed control like weed seed destruction at harvest or running livestock. While very dependent on individual farm or paddock weed problems, recently ORM has completed analysis that showed average gross margins increased by up to $110/ha per annum with optimum weed control over a 15-year period.

With hay being cut in September, the extra soil moisture that can be stored could have up to 0.5t/ha yield benefit to the following season’s cereal crop. At $320/t for wheat, that equates to an extra $160/ha.

Other benefits that exist but are highly variable (so we have excluded from gross margin calculation) include the risk management benefits hay can bring by reducing exposure to a frost or a dry spring, or the better utilisation of resources with peak production occurring outside of harvest.

Gross margins are an important tool when calculating farm profitability, but it is equally important to understand the profitability at a farming system level. If you would like more information, contact ORM  – Contact Us