ORM compared the overall farm profit over 15 years of a Canola-Wheat-Wheat rotation under two scenarios. 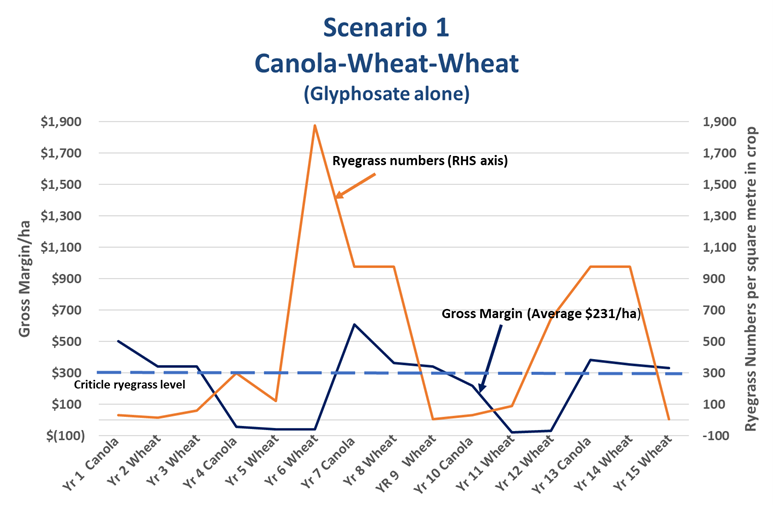 The Weed Wizard results show that ryegrass numbers are likely to increase dramatically in Scenario 1 and frequently rise above the critical ryegrass level which equates to a reduction in crop yield. Ryegrass numbers as low as 50 plant per square metre can reduce crop yields significantly and hence reduce business operating margins. Scenario 1 has a lower variable cost per hectare ($402/ha v’s $497/ha) as it utilises fewer chemical inputs however it also exhibits a lower gross margin ($231/ha v’s $309/ha) due to reduced yields caused by increased weed pressure. 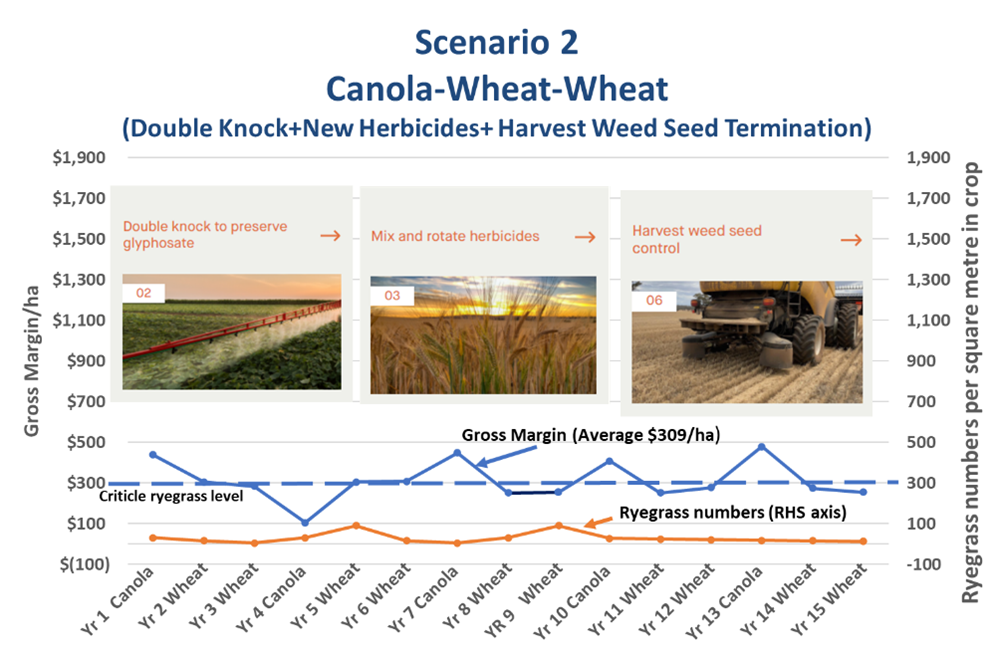 Overall effect on farm profits can be large.

The overall effect of different weed control scenarios on a model 1500ha farm over 15 years, is a dramatic fall in profit from $43/ha in Scenario 2 to $22/ha in Scenario 1. The model utilises ORM benchmark data for the fixed costs and contract rates were used for all operations. Average wheat and canola prices and yields were used to generate the above graphs (Wheat 3t/ha at $240/t. Canola 2t/ha at $550/t).

Get in touch to find out more Contact Us